Skip to content
Posted on July 17, 2012 by carlhammington Posted in Himalayan Dreaming, The Walker, Uncategorized

Last week we had our first official re-assessment, it was a little over due because of Helens trip to Sydney. I was hoping for good results but you never know how a trip away effects progress  – you have to consider training, nutrition and stress (including the actual travel itself). I was pleasantly surprised! Here were the findings: 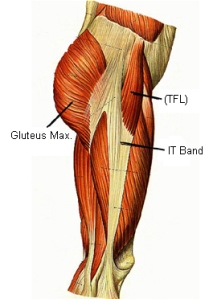 I think that Helens relatively short term success is attributed to a few things:

Where to from here:

Given the improvements I have reduced and changed Helens daily stretch routine to really hone in on the core issues such as: TFL, ITB and piriformis tightness and TA and glute med weakness. Now we are also able to focus on some other areas that weren’t priority in the last programme such as: Scapula biomechanics, rotator cuff weakness and focus on recruiting the TA in some other big primal pattern movements. I also think we need to really focus on the main goal and work on conditioning Helen for walking, so there will be a little shift in the plan and we will reduce the running and increase conditioning for walking specifically. I will discuss this issue and the new programme in depth next time.

I’d like to say great work Helen and great work team, its all heading in the right direction! I will have another post soon showing Helens complete year plan and the programme for the next block 🙂

Yours in health and wellness!