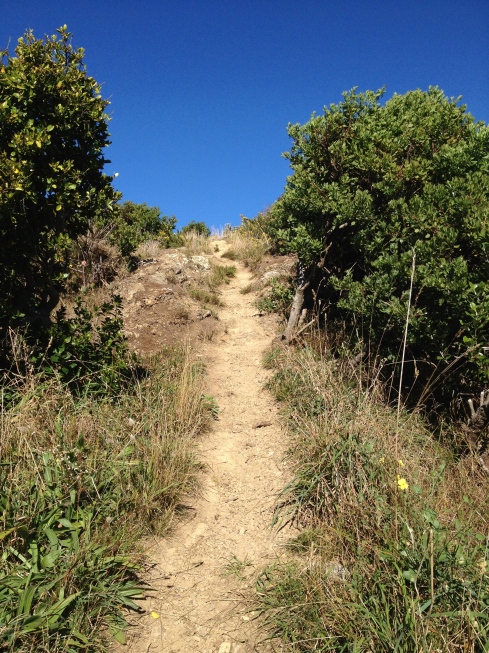 I recently spent some time with NZ elite runners – Ruby Muir and then Kristian Day. Both are amazing young runners, full of talent. I took each of them for a quick run along the Eastern Walkway, my local training run. Kristian waited patiently for me at the top of one of the hills. While I caught her up, I had a bit of a light-bulb moment. Struggling up in her wake, made me realise how easy it is to make your run a bit more challenging, without having to go out of your way to find tougher terrain, or a longer window of time. Yep… wait for it…I’m talking about increasing your speed. This is especially appropriate for ‘fun’ runners like myself. People who rarely go over the half-marathon distance, so don’t need to be overly concerned about putting in the mileage in the way elite marathon runners do.

Not rocket science, I know, but something worth being reminded about. It’s so easy to chug round at the same old comfortable pace. Running with different people can really open your eyes to doing things differently. Both of these athletes are short in stature, and run with a high cadence. Such a high cadence, that I found myself slightly breathless just trying to talk while running on the flat, before we got to the climbs. They, on the other hand, weren’t even breathless after the climbs!

It was after chatting to another of my clients today (another great female trail runner) that it occurred to me why most people tend to work toward running further rather than running faster. Speed kills – or at least hurts. Sustaining a heart rate of 195bpm feels uncomfortable; know that queasy, struggling to breathe, weak and exhausted feeling (wow, I’m really selling it to you hey!). But, in order to get faster you have to go through some of that pain (or your age-based equivalent) at least for short bursts. However, the reward is great. After two days of speedier runs my run-home commute felt awesome (and was about 7 minutes quicker). No pain, no gain? At least in this case, it’s true.